Over the past several months, the Covey Island Boatworks team has painstakingly restored A Great Story to how she appeared when she was first built in 1963.

The boat builder responsible for originally building A Great Story traces its roots to before World War II, when it was known as the  Industrial Shipping Co. of Mahone Bay.

In the post-war years, the outfit changed its monicker to Mahone Bay Plycraft Company, and it became known for building small, moulded boats in the 1950s and ’60s.

Mahone Bay Plycraft Company would, eventually, change its business model again, going on to specialize in fiberglass boats by the mid-1960s. However, in the early days, the builders crafted their boats by using strips of resin-soaked wood wrapped around a hardwood solid-plug mould.

Workers would then let it sit for a while in a retort and, after a period of time, out popped a boat.

Originally, the boats that the mould produced were outboard-powered. However, the runabout style seen in A Great Story employs an inboard engine with jet drive, indicating that in the early 1960s the mould was probably modified to accommodate the revised inboard design.

The owner of A Great Story was originally told that she was used as a launch for Bluenose II when that schooner was built for the Oland’s family in 1963.

He also later found information that led him to believe it was used as launch for HMS Bounty in the years following the shooting of the film Mutiny on the Bounty, starring Marlon Brando, in 1961 and ’62. 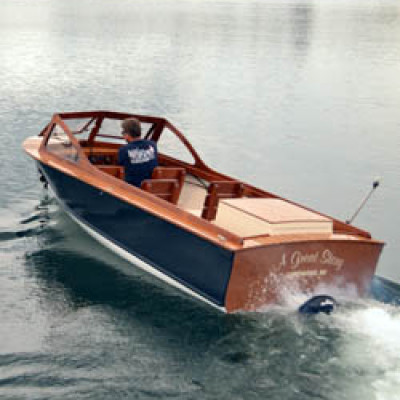 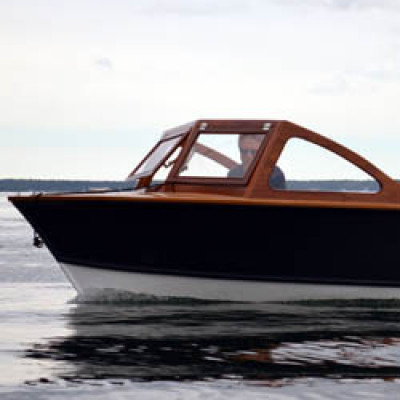